Black Friday marks the starting point for the busiest shopping period of the year. How can retailers utilise pop-ups to bridge the consumption craze? 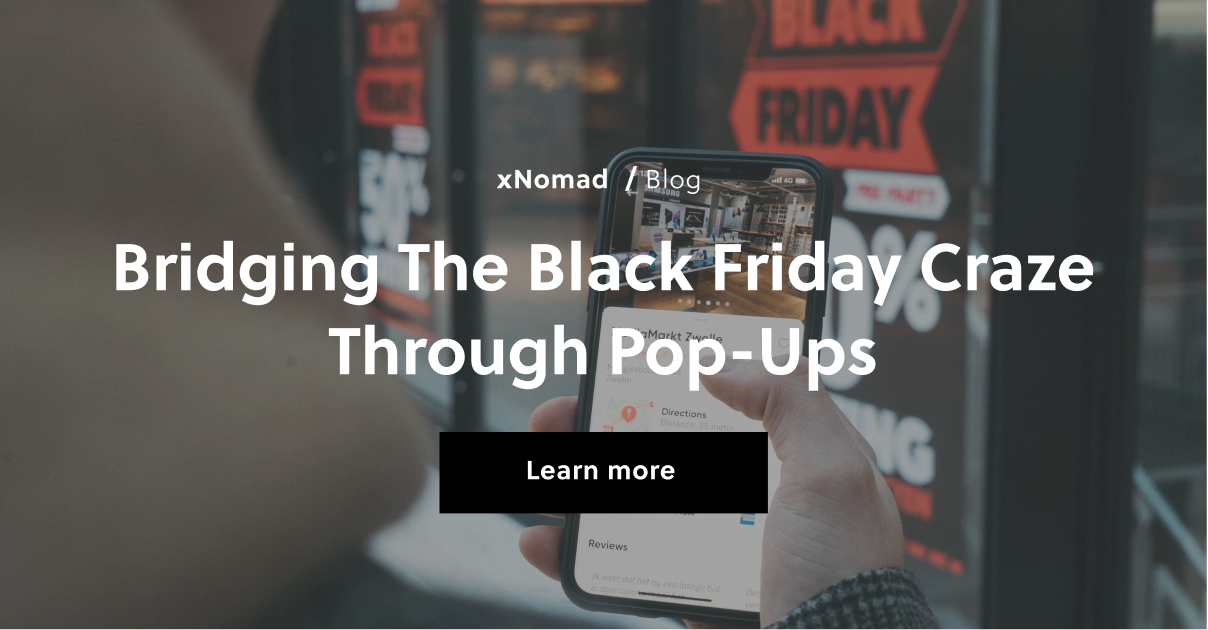 The five-day event surrounding Thanksgiving, Black Friday, and Cyber Monday usually marks the starting point for one of the busiest shopping periods of the year. According to a report by Deloitte, consumers were expected to spend $448 on average during this five-day period.

Even if bargaining is the raison d'être of this event - 54% of shoppers were experiencing higher prices and 37% found fewer discounts this year compared to the year prior. Simultaneously, the environmental impact that this annual shopping craze generates is immense.

According to a report by Green Alliance, 80% of the products purchased during Black Friday ends up in landfills, and 429,000 metric tonnes of greenhouse gas emissions were churned as a result of home deliveries.

With the excessive spending, immense environmental impact, and general consumption craze that the Black Friday season brings - some retailers are questioning whether or not to partake in the bonanza regarding this global retail event. Here are some examples of how retailers have used pop-ups to make a sustainable statement during the Black Friday season.

The UK-based mobile network provider GiffGaff, opened up a Black Friday pop-up in Covent Garden, London to challenge the status quo and turn consumerism on its head. The motivation behind the pop-up activation was rooted in the takeaways from GiffCaff's commissioned research about consumers shifting behaviors and willingness to consider refurbished items when purchasing mobile devices.

With a buzz-building campaign leading up to the activation, GiffGaff drove in over 450 visitors, who in order to enter the pop-up had to make a pledge to commit to choosing refurbished wherever possible. The mobile network provider had also teamed up with Zero Waste Goods to offer a selection of curated items that customers could pay for through their pledge - with everything from pre-loved bicycles to phones and handsets.

The activation was a staggering success and drove a total online readership of 914 million, 48 pieces of media coverage, and an average dwell time among visitors of 30 minutes.

xNomad’s Retail Hub neighbor, Workshop The Consumer Experience Agency, partnered up with Röda Korset to organize a White-Monday Pop-Up store in Nacka Forum. This sustainability-oriented pop-up concept was arranged as a counterargument to the Black Friday shopping craze and to highlight the climate impact of the textile industry.

Pop-up visitors got to roam a selection of preloved fashion items, interior, and accessories in the store space and could also turn to a garment care studio to upcycle their pieces.

With LDC’s emphasis on ethical production, sustainable practices, and conscious consumption the brand took it upon itself to launch an Anti-Black-Friday concept store in Covent Garden, to inspire consumers to spend their Black Friday in a more mindful way.

In the pop-up store, customers could browse a selection of independent and sustainable labels, and partake in everything from “knit-to-mend” workshops to meditations - to slow down and immerse themselves in a more mindful shopping experience.

Patagonia, the beloved outdoor clothing brand, has since its upstart made sustainability the core of its business model. In honor of Black Friday, the company wanted to stay true to its origin and thus decided to make an awe-inspiring pledge - to donate 100% of their global retail and online Black Friday sales to grassroots nonprofits working on the frontlines to protect our environment.

The ambitious pledge not only resulted in record-breaking sales figures, but further a staggering $10 million was donated to hundreds of environmental non-profits globally. Not only amassing major media coverage and new customers getting their first Patagonia staples - but also a positive environmental impact in a time of environmental disregard.

With these cognisant Black Friday activations in mind, there is no doubt about the fact that setting up a thought-provoking pop-up store is a great way to mindfully engage with your customers during the Black Friday weekend.

No matter your pop-up idea’s scope, xNomad’s end-to-end solution makes the logistics of setting things up easy. Allowing you the time to come up with a concept that generates impact.

Browse our platform to find the perfect space for your Black-Friday pop-up activation. 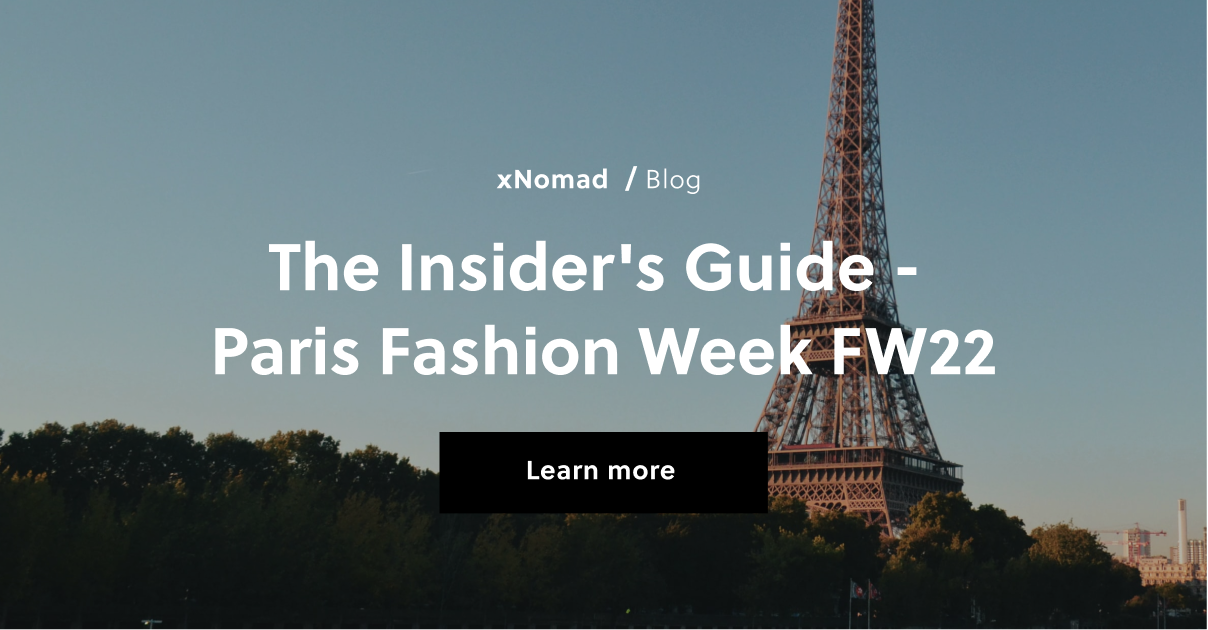 Paris Fashion Week is fast approaching, let us run you through our guide of some of the best pop-up locations for the event! 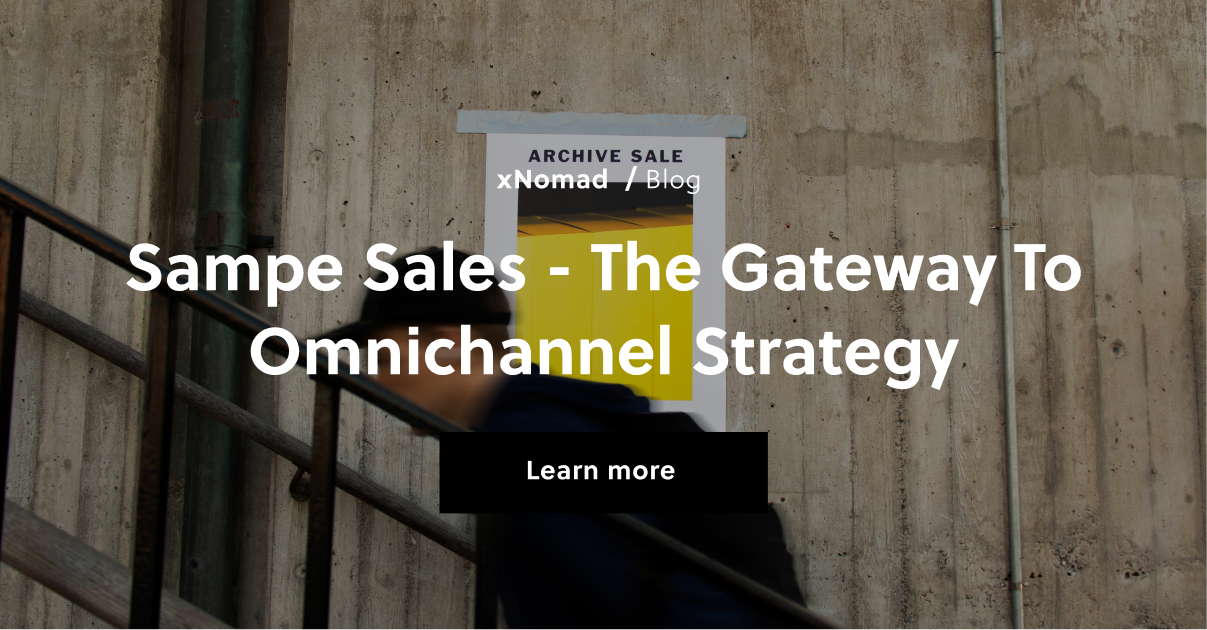 Let us run you through how seasonal sample sales can be the perfect gateway to establishing an omnichannel retail strategy. 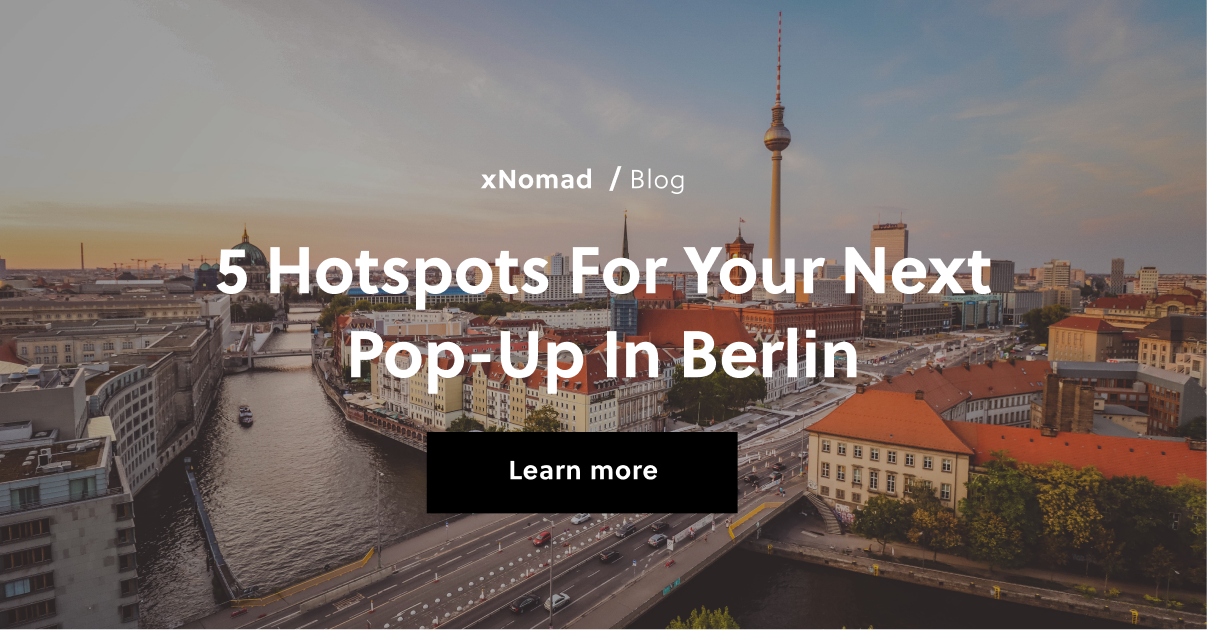 5 Hotspots for Your Next Pop-Up in Berlin

Let us run you through 5 of Berlin’s hottest retail spots, to give you some inspiration on where to set up your upcoming pop-up activations.